Coffee prices have risen in Brazil, but people's love of coffee did not diminish
From the end of 2019 to the present day, when the world is in the grip of a corona epidemic and people's lives are in turmoil, the basic needs of the people have increased rather than decreased. Millions have died and millions have become unemployed. Jobs and businesses are at a standstill, and people are struggling to make ends meet. For a human being, everything can go without, but not without food at all. Due to the different climates and lifestyles of different countries, many food items are frequently consumed and consumption is very high in that country. The government of the country has placed this item in a very important category and is making efforts to ensure that its production takes place in the country and its prices remain under control. 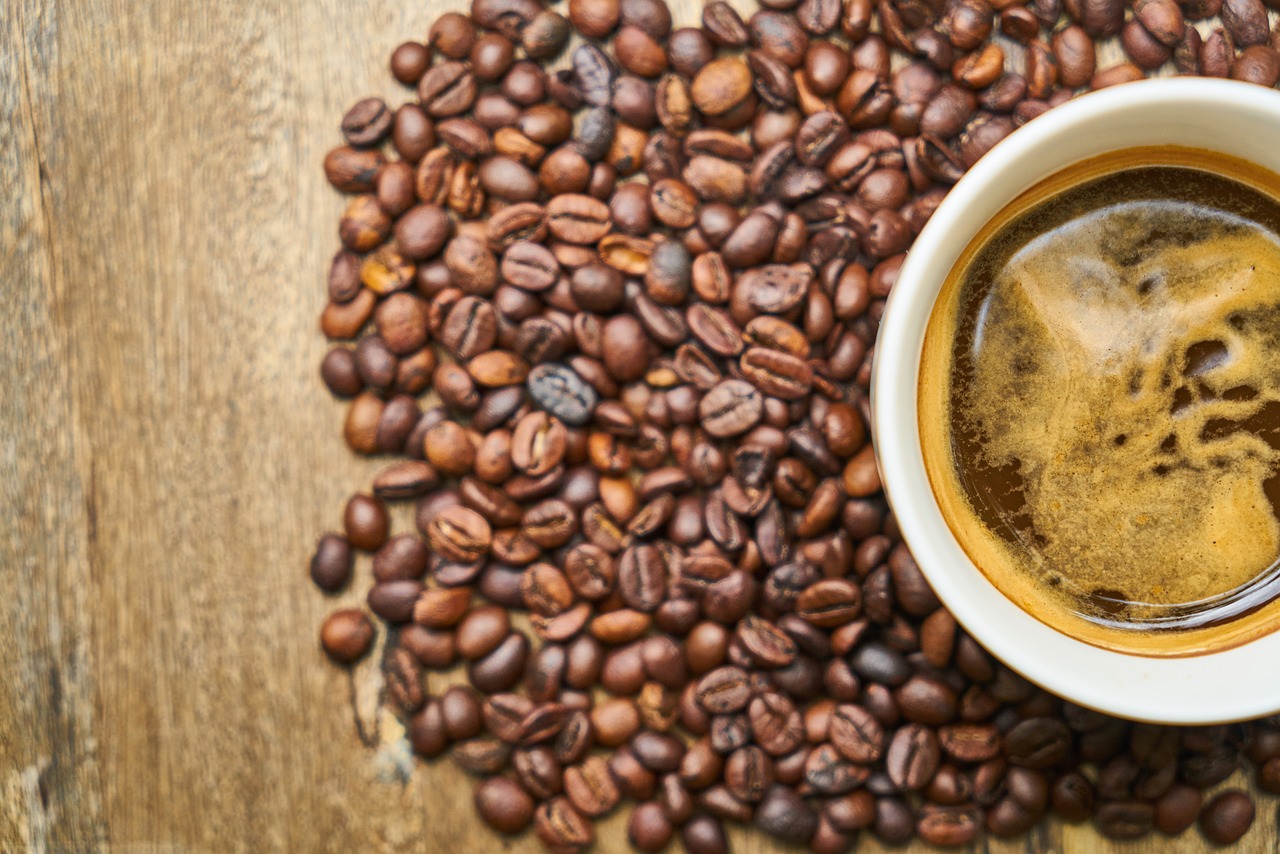 Brazil is the longest country in the South American continent with a length of 4395 km. The continent, known as South America or Latin America, is also famous for the world's largest rainforest, the "Amazon" forest, which borders Brazil. Brazil is the fifth largest country in the world and the sixth largest in the world with a population of 22 million. The staple diet of Brazilians is rice, beans and manioc (sweet potato). In which they make various dishes using manioc (sweet potato) flour. In addition, chicken, meat and fish are described in their diet as in other parts of the world. The national dish of the Brazilian people is Feijoada, but when it comes to drinks, Brazilians are very fond of drinking coffee. 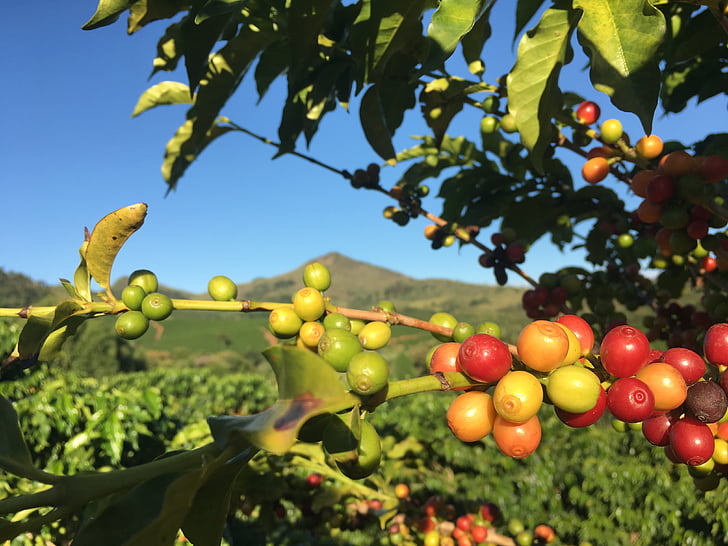 Brazilians value coffee as much as they drink juice, tea, green tea or other beverages from around the world. In Brazil morning and evening, everyone from children to adults loves the taste of coffee and according to a survey, every third person in the world who drinks coffee is Brazilian. While Brazil is also the world's number one coffee exporter, it is time for Brazilians to pay a higher price for their local goods.

History of coffee in Brazil & World

The first record in the history of coffee dates back to the late 15th century when coffee beans were brought to Yemen from Ethiopia by a Somali trader. This drink was drunk by Sufi saints at that time to maintain concentration in prayer. Gradually, the taste of coffee became so popular that it became popular all over the world within a century.

The first coffee plant in Brazil was planted in 1727 by Francisco de Melo Palheta in the state of Pará. The Portuguese wanted to cultivate coffee on Brazilian soil and gain a foothold in the global market, but at the time, the intervention of the French Guiana region made it difficult to get coffee beans. Francisco de Melo Palheta, the first coffee planter in Brazil, smuggled a lot of seeds for a coffee tree while returning from a diplomatic mission and successfully began planting coffee trees in Brazil. Coffee was brought from Para State to Rio de Janeiro State in 1770 and was also grown. 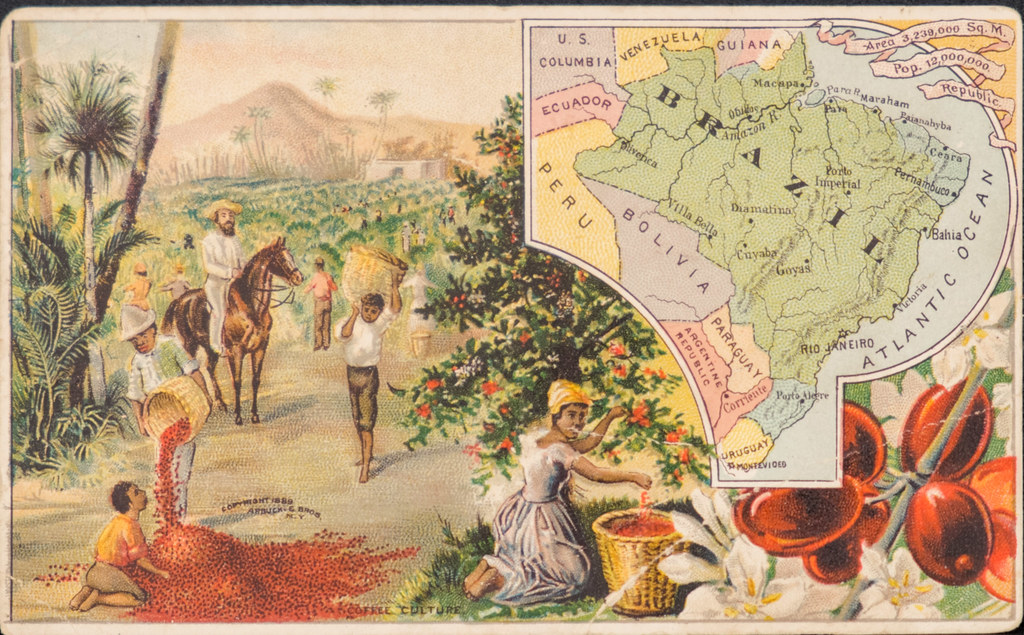 Until the beginning of the 19th century, the production and sale of coffee was limited to Brazil's domestic demand, but then the demand for coffee in Brazil increased on a war footing, given the growing demand from around the world and especially from countries like America and Europe. From 1830 to 1850, coffee was produced in Brazil by foreign slaves, but after 1850, slave trade was regulated, and coffee was grown on an industrial basis. By this time, Brazil alone accounted for about 40% of the world's coffee production. With the advent of 1888 a complete ban on the importation of slave labor, immigrants from Europe were called to Brazil to meet the demand for coffee.

By the beginning of the 20th century, Brazil accounted for 16% of the country's GDP and 75% of its exports and at that time producers and exporters played a major role in politics so that Brazil could be recognized as a country of coffee in the whole world. Periodic rise and fall in coffee prices in the country has always been a question mark. By 1920-30, Brazil alone produced about 80% of the world's coffee, but by the 1950's, the demand for Brazilian coffee in the global market began to decline due to worldwide coffee cultivation and production.

Which state is the largest producer of coffee in Brazil?

Brazil has been the largest producer of coffee in the world for the last 150 years and also the largest exporter. Brazil depends on six states for its coffee production. Including Minas Gerais (1.22 million hectares), Espírito Santo (433,000 hectares), São Paulo (216,000 hectares), Bahia (171,000 ha), Rondônia (95,000 ha), and coffee is cultivated in Paraná (49,000 ha). Brazil is the world's largest producer of green coffee, Arabica coffee and instant coffee, which are considered to be of the highest quality and prevalent in the world. According to a survey, by 2011, Brazil was producing 2.7 million tons of coffee, for which more than 3.5 million people in the entire Brazilian country are involved in the coffee business.

For the purpose of coffee production, the farmers have more than 2.20 lakh farms which are cultivating in 27 lakh sq km and the farmers are believed to be producing more than 30 bags per hectare. The Brazilian state of Minas Gerais accounts for more than 50% of total coffee production. Brazil is said to have the right climate, atmosphere and soil to produce quality coffee. The Brazilian specialty coffee association B.S.C.A. Encourages the use of quality control techniques by raising the standards of excellence of Brazilian coffee offered in the local and international markets.

There are two main types of coffee grown in Brazil. Coffee of the Arabica and Robusta species covers the entire Brazilian market, with Arabica being the choice of 70% of people in Brazil and around the world. Minas Gerais produces exclusively Arabica coffee exclusively.

In general, coffee factories in Brazil are divided in two ways. One type of factory only processes and produces ground or roasted coffee while another type of factory produces instant coffee which is popular worldwide for direct drinkable coffee. Thousands of ground or roasted coffee companies operate in Brazil, while only 4 Brazilian companies produce and sell 75% of instant coffee.

The Brazilian government knows how important coffee is to Brazil, so for years no tax has been levied on coffee exports from Brazil by various governments, but a 10% tax on imports of imported and processed green coffee and roasted coffee and a 16% tax on soluble coffee imports. The Brazilian government has exempted the world's largest coffee importer from exporting unprocessed coffee beans to the United States, the European Union and Japan.

According to a Brazilian, what is the significance of coffee in his life?

One of my blog readers is a native of Brazil and she is also very fond of coffee. They openly discuss coffee and what it means for a Brazilian person in their life. According to her, "coffee means Brazil and Brazil means coffee". She also added, “Coffee consumption of about 99% of the population of her country can be a part of their daily routine”. Coffee prices have skyrocketed these days and especially in the Corona epidemic and people have been affected but coffee is our life and as important as our breathing is to me and my family's coffee," she added. Every member of my family is a coffee addict and I would like to quit drinking my last breath.  - Dhaiane Krauss, Manacapuru city, Brazil. 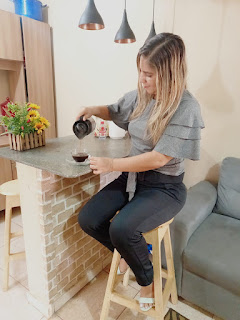 at February 17, 2022
Email ThisBlogThis!Share to TwitterShare to FacebookShare to Pinterest