Who invented the kite?

Kites and related pictures, carvings and other evidences have been found at various places around the world but historians believe that the first kite may have originated in Asia but it is still unknown where and by whom this wonderful thing was created and discovered in Asia. An image of a kite made in a cave on Muna Island in the island region of Sulawesi in the south-east of the Asian country Indonesia about 10,500 years ago suggests that the people of that time knew how to make and fly kites. People there still seem to fly the same kind of kite today.

Similar historical evidence has been found in China, a country in Asia. The kite is also described by the Chinese philosopher Mozi about 2500 years ago. At that time silk was used as a kite material and bamboo rods were used for framing. Paper kites began to be made instead of silk in the fifth century after the invention of paper, but these paper kites began to be used as a sign of salvation in war or in times of trouble. History has it that kites were used in ancient and medieval China to measure distances, measure wind direction and force, lift people, signaling and communications for military operations. 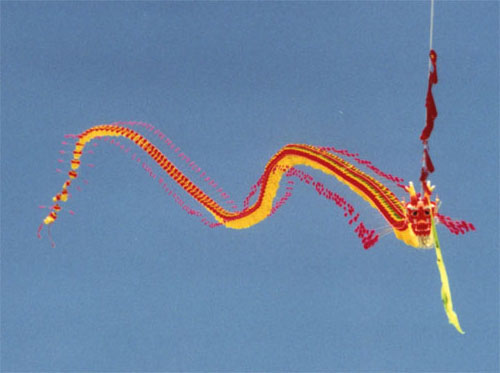 When did kite flying start in India?

There is no definite evidence of kite origin in India. Many historians believe that the kite and its uses in India coincided with that of China and were introduced to India by their monks at the time of the spread of Buddhism. It is noteworthy that the kite has got a new color in India as the kites used in ancient India are different from those of China and other countries. Kites of ancient India were made in the shape of a fighter and kite flying was made a sport in Mughal times which is still a means of entertainment for children and youth during Makarsankranti. For the last two decades, Kite Festival has been organized by the government in Gujarat which was celebrated in many places in India even in the 17th and 18th centuries. 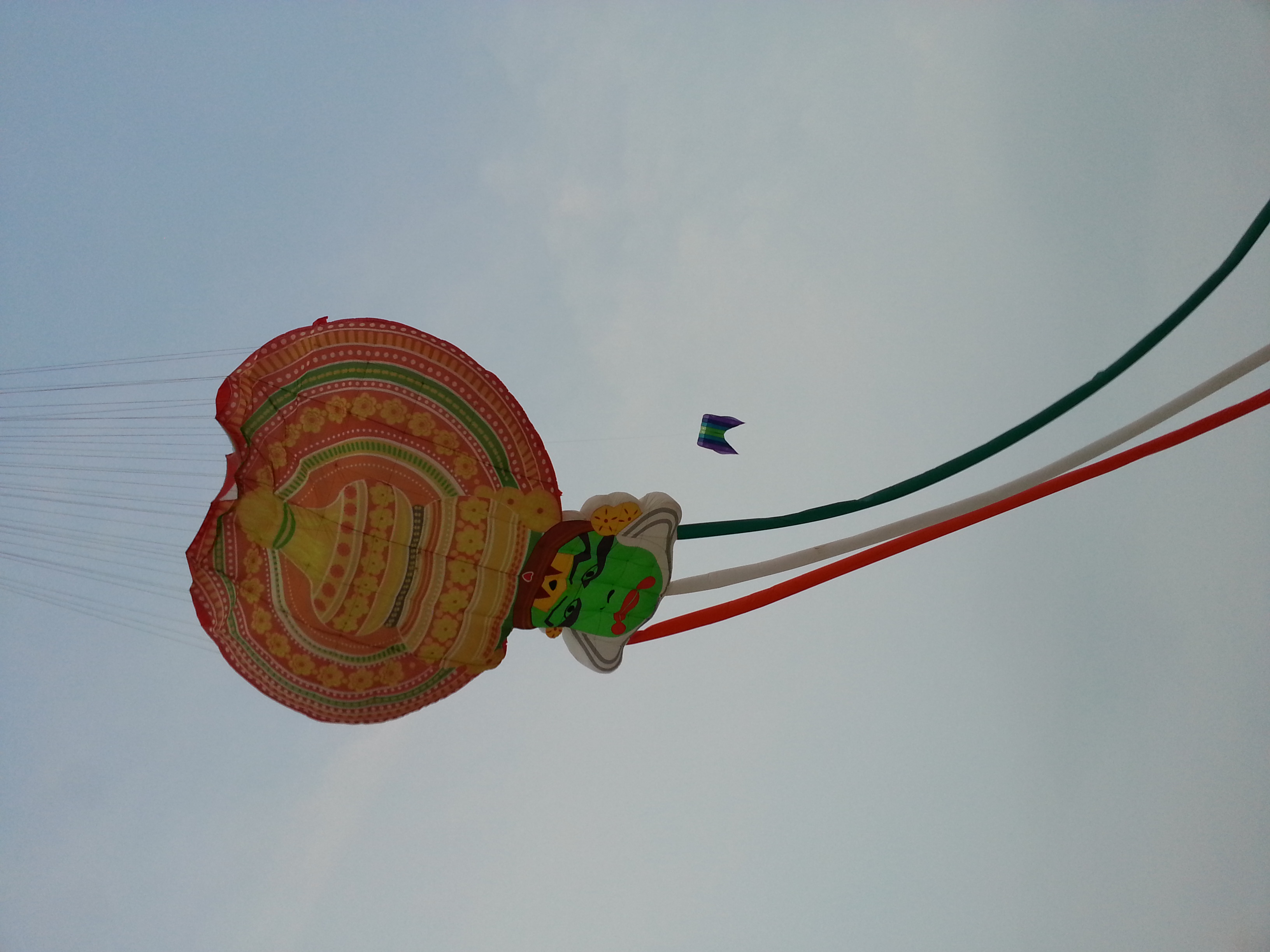 Kite in the world Kite flying is considered to be a very popular sport in Afghanistan. Like in India, threads are colored with pulverized thin glass so that one can patch another kite and cut the kite for fun. The Taliban government banned kite flying, making it difficult to fly kites in Afghanistan now days. 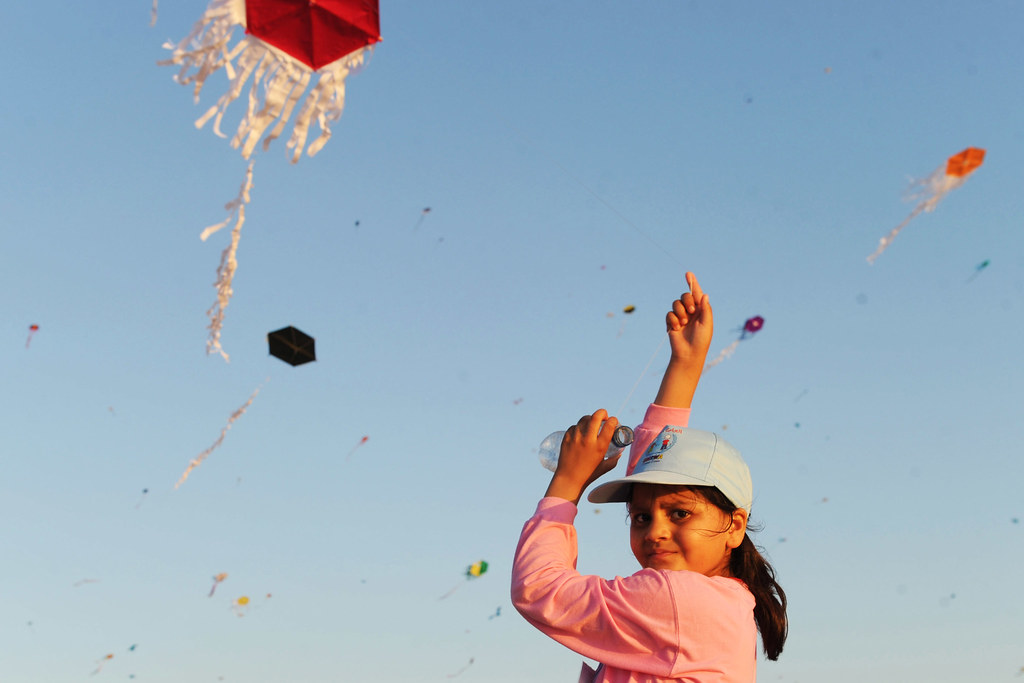 In Pakistan, kite flying is called “goodie bazzi” or “patang bazzi”. Pakistan also has an old tradition of flying kites in the spring. In Pakistan, spring is celebrated as “Jashn E Baharan”. In Pakistan, as in India, the threads are sharpened in glass and paint and then patched. 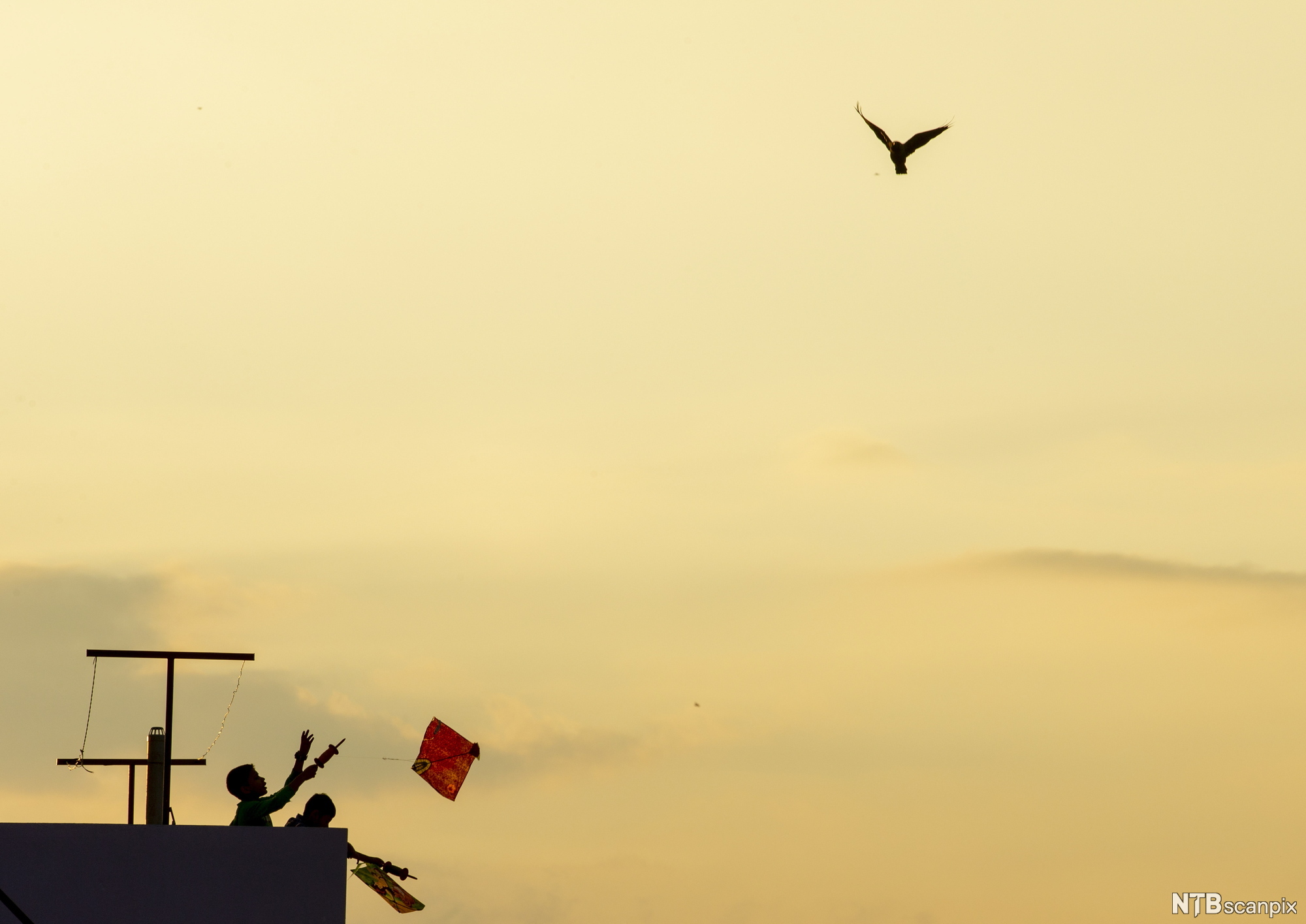 The earliest evidence of kite flying is found in Indonesia and especially in Bali. Bali kites are found in various shapes all over the world. In Vietnam, instead of kite tails, small flutes are used to make a melodious sound due to the wind. Even in Malaysia, whistles are blown on the tail and kites are flown with joy. 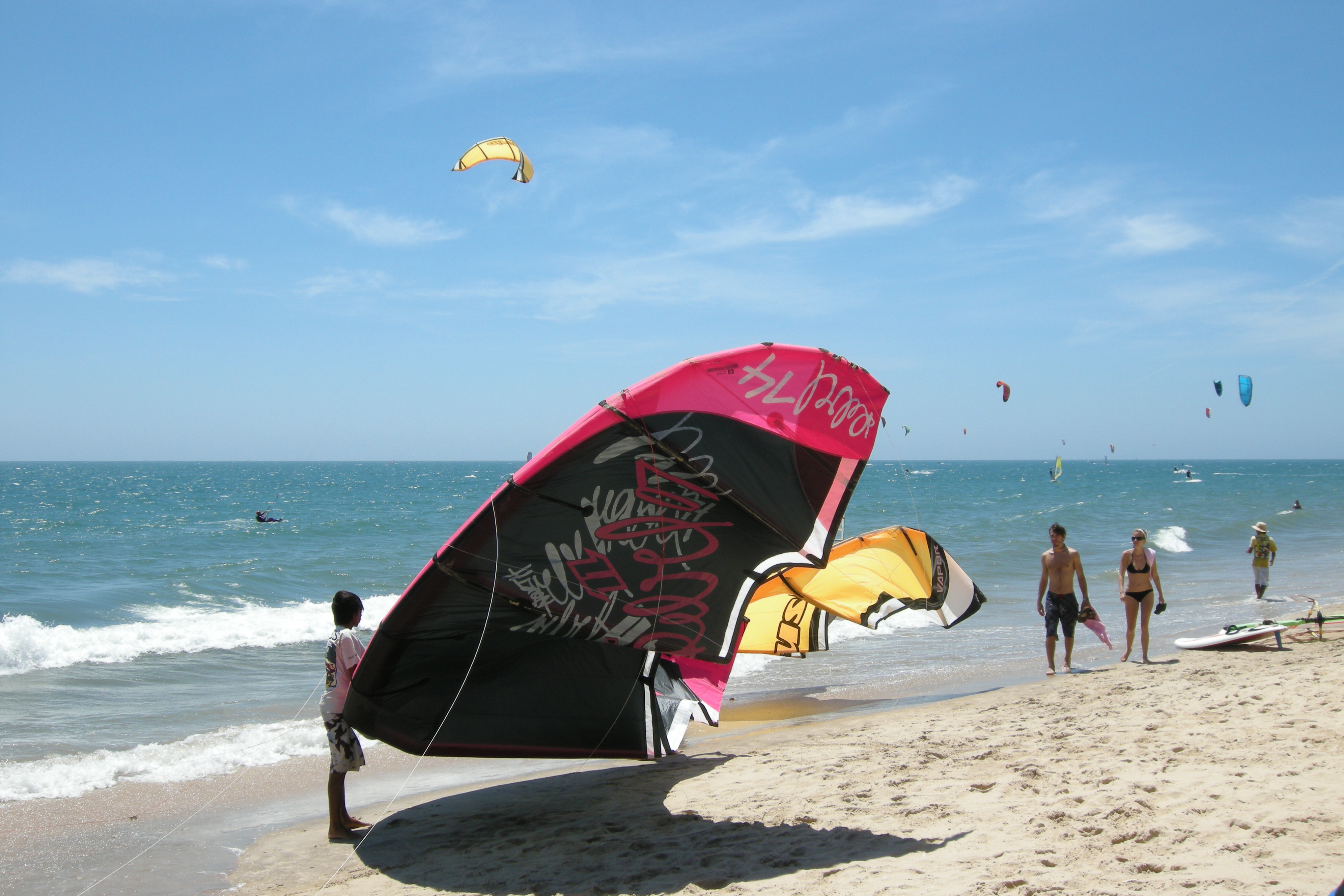 People in the hilly areas of Nepal in which “Newar or Nepami” people fly kites a lot. Nepal prefers kite flying in August-September as opposed to Asian countries.

In India, Gujarat, Bihar, Uttar Pradesh, Rajasthan, Haryana and Punjab are known for their kite flying and patchwork. Different types of kites, stretch strings, kites of different shapes, lanterns, toys, balloons are the highlight of Indian kite flying. The kite festival in India is mostly celebrated in Makarsankrati which is on 14th January but kite flying is also done in different parts of India like Nepal at different times. When kites are flown in Hyderabad in December, the tradition of kite flying in the north on Republic Day, Independence Day, Rakshabandhan, Vishwakarma Puja Day and Janmashtami is according to the area. 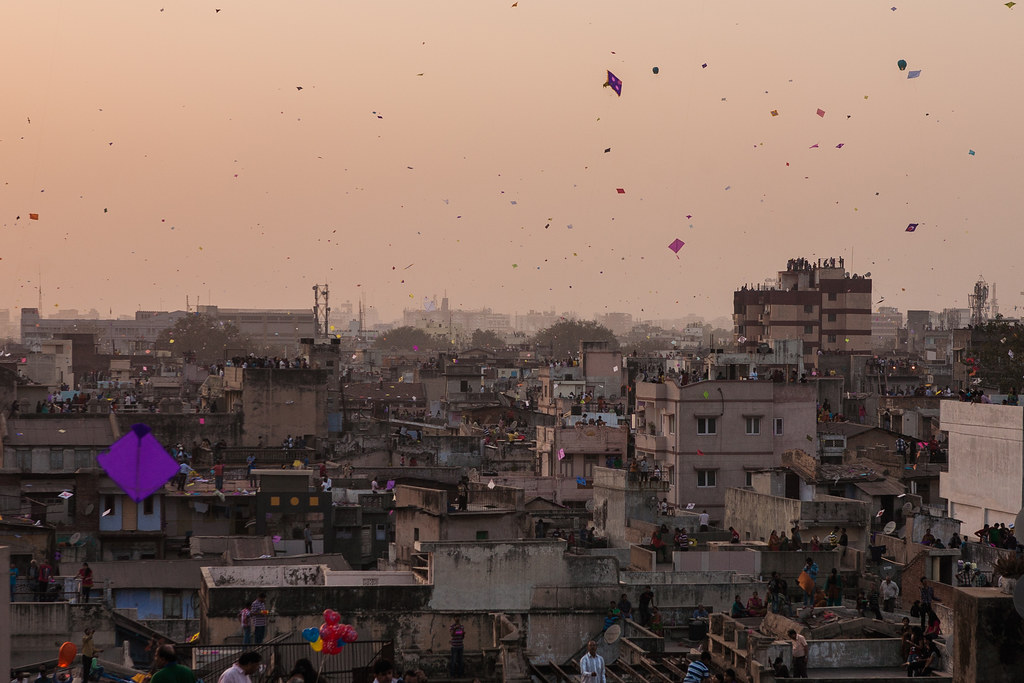 Apart from this, people in some parts of Europe, America, New Zealand and Polynesia are also enjoying this kite.

Why is kite fun and care so important?

We find that kite fun is especially popular with children. It is natural for every child to have fun flying a kite in the open air but it requires a lot of caution on the roof or high place as well as open wires or other hanging objects around. There is also a lot of tension in the cut kite so that the cut kite string can get stuck in the neck or other parts when passing through the road or any other place and it can harm us. Often a two-wheeler passing by can hit the driver of a vehicle and even slit his throat. 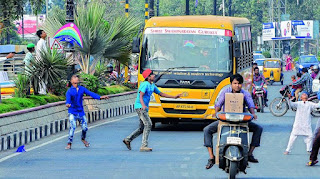 As dangerous as the kite's string can be to us, it is also a danger to the birds. Thousands of birds die in Sankrati every year. There is also a lot of noise pollution caused by loud loudspeakers and bugles which is harmful to every living insect and human. 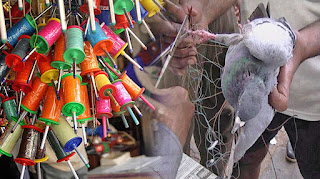 Chinese toys, cords, lanterns are proving to be harmful in every way. Chinese-made plastic cords can cut a lot of kites, but they can also damage birds and the environment. Along with this, toys like lanterns and tukkal have to be able to set fire to any place. The whole world is facing a lot of difficulties from China and China in particular is responsible for the border dispute with India and spoiling its dealings with every one of India's neighbors. China trades more than 15% in India so buying Chinese goods may be to our detriment in the future.

at January 24, 2022
Email ThisBlogThis!Share to TwitterShare to FacebookShare to Pinterest
Labels: Blogs in English, History